Free Urban Clown, The Search for an Album That Doesn’t Exist March 9, 2014

A ghost, a myth, an urban legend, the Keyser Soze of albums (The Usual Suspects anyone?) — For a while I didn’t believe it really existed, and even if it did, I held little hope its mysterious sounds would ever reach my ears. The album I’m speaking of, is, none other than Free Urban Clown by Jon Lawler. What’s that? Who’s that? Oh, you’ve never heard of Free Urban Clown or Jon Lawler? Not many people have, and its creator would like it to stay that way. You may know him better by the moniker Jon Fratelli, front man of the Scottish indie rock band The Fratellis whose 2006 debut Costello Music thrust the band into the spotlight with singles like “Chelsea Dagger” and “Whistle for the Choir.”

Go to Wikipedia, or any site that conveniently displays a musician’s story and official discography, and you’ll undoubtedly find the official chronicle of Mr. Fratelli’s productivity. But what an official discography won’t tell you is that sometime before the chart-topping indie/garage rock success of Costello Music, Jon created Free Urban Clown, a folksy, Bob Dylan-esque collection of Americana rock under his birth name, Jon Lawler. 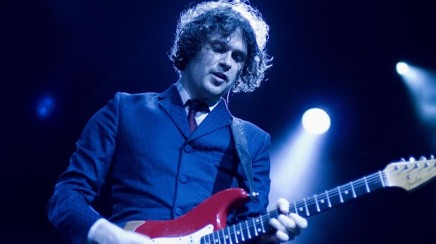 If you’ve read this far, it’s reasonable to assume you’re asking yourself “What’s the big deal?” The big deal is that a famous musician is gracefully lying about and denying through omission the very existence of his most interesting and sought after pieces of music.

I first heard of this enigma purely by chance – an innocent YouTube search for “Jon Lawler” brought up a video for what remains the only publicly (though not officially) released track “Frisco Skyline.” The Scottish accent familiar to Fratellis fans was replaced by a very American sounding twang, much like a young Bob Dylan (or a Scotsman doing a very good impression of Dylan). Could this really be the same artist? I decided to see how far down this rabbit hole the internet would allow me to go. Another YouTube search revealed the only other song from the album exists in the video of an acoustic cover of “San Helena” sung by a man with a speech impediment and no video description. The plot thickens.

In this age of torrenting with websites such as The Pirate Bay, anyone with internet has unlimited free access to any album they want — except Free Urban Clown. I became obsessed with finding the album because it couldn’t be found. Ask a mountain climber why he climbs mountains and he’ll tell you “Because I can;” you’ll get the same response from a collector of any paraphernalia, no matter how niche their subject.

Internet search engines proved to be less than fruitful; you know you’re desperate today when you go to the second page of Google results. The deep bowels of Fratellis fan forums revealed physical copies of the album were made in very limited quantities, the majority of which remain in their Scottish homeland. As the sad and self-pitying mallet that is the feeling you’re getting nowhere fast was about to strike my forehead, I read of a man in New York City who found the album in a second-hand shop and included pictures! Luckily a stroke of obsessive foresight compelled me to save the images to my computer. I say luckily because that very day The Fratellis’s website was shut down to make room for a new website while the band reformed. I could picture Jon Fratelli somewhere in Scotland perched on his throne of vanquished whisky bottles, petting his “Dr. Evil” white cat and snickering to himself as he thwarted my progress.

I could make out the words “Mecca Holding Co” on one of the pictures I rescued from digital oblivion; their website revealed the album to be several years out of print. The obligatory “contact us” section allowed me to ask if any previous copies remained for me to buy. A blindingly rapid response came back: I was informed they had recently spoken to Mr. Fratelli, and he does not want the album to be reissued ever. Besides a bit of divine intervention and deux ex machina, it seemed there was no way to win.

I revisited the “Frisco Skyline” video on YouTube, much like how one checks a refrigerator late at night, to see if anything would be different from the last time to checked. Feeling a little ridiculous, I left a comment stating I was a “Wealthy oil merchant willing to buy the video uploader a small island in exchange for the full album.” Wholeheartedly feeling nothing could come of my words, I was astonished to find within minutes a brief private message to my YouTube account from “Frisco Skyline” uploader who typed “Merry Christmas” followed by a link. Suspicions that I was just about to receive a virus, feelings of doubt, awe, and anxious expectation soared as I watched the lime green download bar inch along. At 2:40 Am on a school night, when I should have been typing a paper, there sat on my desktop, 12 .mp3 files I believed unattainable. At this point, I didn’t even care if it was a good album; some men spend their whole lives searching for Bigfoot, but I found Free Urban Clown.

Truth be told, I did care a bit if the album was good; what a fascinating waste of time it would have been if the promised land was just 12 tracks of Jon Fratelli laughing at you or farting into the microphone. Although Free Urban Clown sounds nothing reminiscent of the indie rock associated with The Fratellis, its acoustic rhythms and stream-of-conscious lyrics prove that you need no more than a guitar and harmonica to make decent music. The moral of this story is: It doesn’t matter what you are searching for; never give up because persistence and being a little ridiculous pays off. 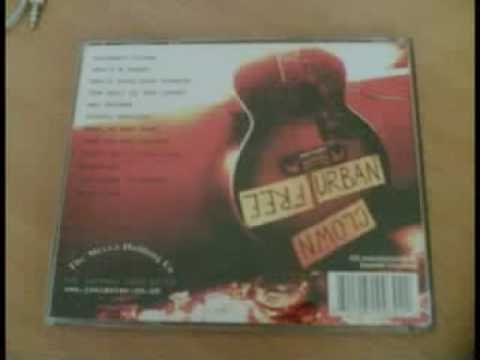 Back cover of Free Urban Clown

14 Responses to “Free Urban Clown, The Search for an Album That Doesn’t Exist”