What do you do when the world seems to be obsessed with the idea of vampires and you’re a punk rocker?  Why, you create a comic book hybrid of both those things! 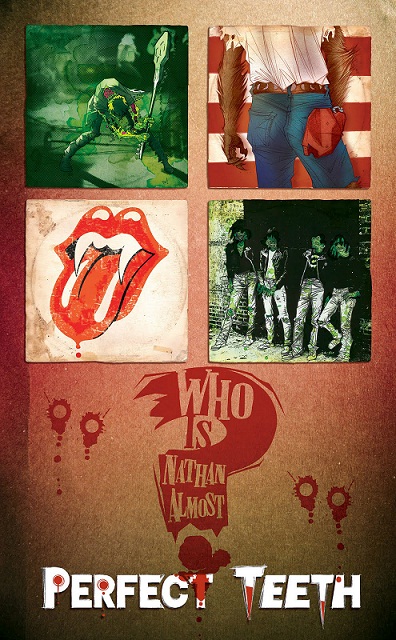 Paper + Plastick Records along with Viper Press have unveiled its newest project in the form of comic book series called Perfect Teeth.  In this fictitious world, art imitates life as vampires aren’t seductive predators, they’re dominating Billboard charts.  In real world fashion, other major music labels follow suit, booking talent from some of Halloween’s most recognizable faces.  If you have a Twitter account, you can download the comic for free here.  But wait, there’s more!  Not only has Paper + Plastick created a comic based on a group of blood sucking rock stars but they’ve brought the experience to life.  Owner of Paper + Plastick Vinnie Fiorello, along with Stephen Egerton (Descendents) and Jon Snodgrass (Drag The River) have teamed up to create a single under the guise of Perfect Teeth that is to be released later this month.  Visually, I enjoyed the content; its satirical nature and the whole look of it in general.  It’s a cool, creative medium jam-packed with sarcasm.