Filed under: Can You Believe This?! — NVMP @ 9:00 AM
Tags: Paper + Plastick, Rey Roldan, Vinnie Fiorello

In the wake of a serious house fire that claimed thousands of dollars in personal property damage, Paper + Plastick Records has teamed up with other labels and friends to present a 40-song digital compilation to help New Jersey-based publicist Rey Roldan. 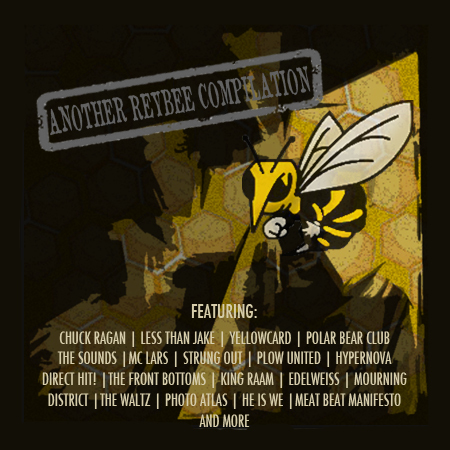 “Rey is a friend who works in music and for that reason, getting together this benefit was the most logical thing we could do,” said Paper + Plastick owner and Less Than Jake drummer Vinnie Fiorello.

Roldan, who owns Another Reybee Production, Inc., has 16 years of experience in the music industry as a journalist and publicist. His reputation as an industry lifer is built on his work with clients ranging from independent punk bands to large mainstream artists.

The compilation features 40 songs from bands like Yellowcard, Chuck Ragan, MC Lars, He Is We, Less Than Jake and The Sounds, and can be downloaded based on a pay-what-you-want donation. The minimum donation is $1.

Fiorello, who has worked with Roldan through his own band, Less Than Jake, and Paper + Plastick bands for over five years, said pooling together the compilation was almost second nature.

“Rey has been an ally with everything I’ve been doing in music for a while now,” Fiorello said. “So when I heard about the fire, I figured, ‘What better way to help Rey that by using what he has given himself to for almost two decades?’ And that’s music.”

We would appreciate a post linking to the compilation. All of the proceeds from the donations will go straight to helping Roldan in his recovery attempts.