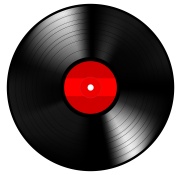 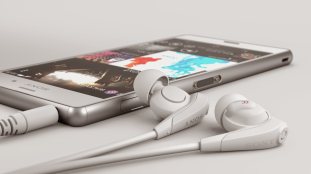 My dad always says to me, “When I was a kid, we spent our money on vinyl records, not whatever you kids do today.” The act of listening to music was a huge part of people’s lives. More often than not, people would make an experience out of listening to a whole 45 minute or so album. Buying and listening to music used to be a big event for music lovers, which made the music more meaningful.

Music was made for the sole purpose of listening and experiencing the music. Now, music seems to be just the background noise in everyone’s lives. Many people only listen to music at parties or when they’re out just to dance or have something playing to fill the space. There’s nothing wrong with dancing to music, but there is so much more to it that younger people today don’t understand.

The world of music is similar today as it was during our parents and grandparents’ generation. There are still boy bands, pop icons, rock stars, etc. The big difference is what is important to fans about these artists. In the 1960s when fan girls swooned over The Beatles members’ long hair and British accents; they weren’t only concerned with the band’s image, they were attached to their music. If you heard a song on the radio that you really liked, you would go find that song on whatever album it was on, then buy the vinyl record for it, and spin it until the record wore out.

Dave DePaola, a senior music industry student, said, “Artists used to go on tour to support their new album, now artists make music just so they can tour.” DePaola explains how the focus has really shifted from the music to the image. Some people go to concerts now just to have something to do, not really to listen to the music.

Often times you’ll see on social media feeds friends going to a country concert at PNC Bank Arts Center. They won’t say anything about the music the artist was playing, they’re more concerned with the amount of beer they drank and how dreamy the singer was. That’s fine and dandy, but what happened to the art of music?

The art of music isn’t only just the music (while that is still very important) it is also about the album artwork and the liner notes. You can only really get these little things from buying an album (CD or vinyl). Album covers and liner notes used to be something that an artist or band put a lot of thought into when making the final product of their album; it was part of the experience.

Some of the most iconic album covers are Pink Floyd’s Dark Side of the Moon, David Bowie’s Aladdin Sane, and The Beatles’ Abbey Road and Sgt. Pepper’s Lonely Hearts Club Band. All of these album covers told a story that helped paint a picture for the music on the album. When most new artists come out with an album now, the cover is just a picture of them, which shows the focus on artist image rather than art.

DePaola also said, “My dad tells me how when he was younger, he would get a new album and then open up the liner notes and read through them while he was listening to the album.” Liner notes are found inside the album usually. Often times, liner notes include pictures and stories of the making of that album.

The liner notes on Blink-182’s self-titled album that included hits like “I Miss You,” shared stories of how each song was created and what inspired those songs. The notes specifically for the song “Feeling This” talk about how Mark Hoppus and Tom Delonge both wrote separate lyrics about their sexual experiences and brought it together to write that song. It’s little stories like those that you wouldn’t know just from listening to these songs on the radio or streaming the music.

Music should be an experience. It should be more than a good-looking guy singing with auto-tune. Music is an art. From the writing of a song, to producing it, all the way to creating the album art for it, musicians write stories that they want people to hear, but people need to listen to the story, not just look at the person.