Catching Up With New Beat Fund – Headlining the Troubadour in LA on August 20th! August 15, 2015

It’s been a summer, well if you want to be technical about it, it’s been two summers since NVMP had the chance to catch up with G-punk rockers, New Beat Fund on the Van’s Warped Tour.  NBF released their debut album Sponge Fingerz back in June and have promoted it throughout the nation on the Van’s Warped Tour.  Sponge Fingerz was recorded at LA’s legendary Sound City Studio, co-produced by Matt Wallace (Faith No More, Maroon 5) and mixed by Tony Hoffer (Foster the People, Beck).

New Beat Fund is headlining the Troubadour in Los Angeles with Armors and Little Wolves, get your tickets here.

Touring on the Warped Tour has its ups and downs – like the extreme heat we all endured at the show in Holmdel, NJ –  but  always inspires creating new jams and bringing artists together. The band teamed up with fellow VWT artist Mod Sun for a remix of “Sunday Funday”, remix by ID Labs and Badboxes.  Download the remix for FREE from the special Summertime Party Jams BitTorrrent bundle, also features remixes from Mystery Skulls and Priory.  You can check out one of their latest collaborations with BeBe Rexha “I’m Gonna Show You Crazy” right here.

New Beat Fund and Night Riots spent the summer touring together on the same bus and have remixed songs from each other’s albums, teaming up with WeTransfer to share them with you. “The songs fall somewhere between cover versions and remixes,” says Night Riots’ lead vocalist Travis Hawley. “We love what those guys did with our song. They made it their own and we did the same with theirs. “While living on the road we really got to enter one another’s creative brain space,” says New Beat Fund guitarist/vocalist Jeff Laliberte. “It was a lot of fun to twist and reimagine the songs to see our vibes complement each other. And we’re best fwendz.”  Fans can download the two tracks at http://newbeatfund.com/nrxnbf/

Remember the Instagram video parodies of scenes from iconic horror movies? You have got to watch the hilarious Sunday Fundaze videos!  Watch Episode 1 below (Iggy Azalea parody is my favorite part) and the rest on New Beat Fund’s website here. 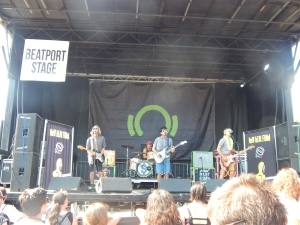 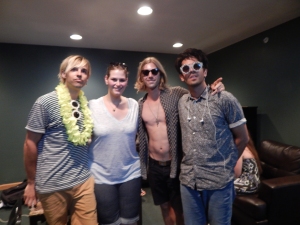 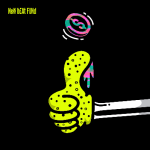