Beautiful You by Chuck Palahniuk September 20, 2014

A book review by Alexander Castiglione 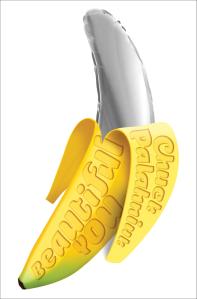 Irrepressible literary shock-jock, Chuck Palahniuk, is back at it again with his latest release via Doubleday – Beautiful You.

The plot bullet points are simple: Penny – your plain-Jane type – is introduced to us toiling in a thankless corporate environment where she is as nondescript as a yellow legal pad in the law firm she works for. That is until billionaire lady-killer C. Linus Maxwell – referred to affectionately as Climax Well – takes a liking to her. From there, the story takes off into a sexually charged journey, bouncing from New York’s Madison Ave to the mountains of Nepal. I’ll leave it there – I think if I go into it, I’ll give too much away, and like most novels, it’s all about the suspense, build-up and surprise.

Now, the analysis: This piece is obviously a tip-of-the-hat to the 50 Shades books that have been so popular in the recent past. Or rather, a punch in the face. It’s obviously allegorical, and it’s plain to see that it’s not homage in the slightest, more like a subversive literary assault. That, however, is where this rabid Chuck fan trails off with praise. Overall, the first 50 pages or so dragged on, and it took a while for the narrator to get to the brunt of the story. However, even though this book is not particularly my cup of tea, I must admit that Mr. Palahniuk did a stellar job of weaving a story together with threads that are outlandish, yes, but also reside upon the same loom that reality is woven from. For example, he talks briefly about advertising and how the target demographic for the vast majority of products is women ages twenty-five to fifty-four. This, as anybody that works in advertising will tell you, is the golden demographic. Without revealing the story, let’s just say that there’s a consumer conspiracy that makes vertical integration look like child’s play. In that regard, bravo – the plot was definitely well thought out, in my humble opinion.

I did find the ending, and even a bit of the falling action, to be rather rushed, with the “resolution” seemingly coming out of nowhere. Like unsuspecting fauna on a dark, country back road, you’re just plodding along the pages, then whap – the ending hits. Additionally, I found the narrator, much like the narrator in the Doomed/Damned (also reviewed here) books of late – perhaps due to the criticism that a lot of his writing is too centered to be not only slightly annoying, but a rather contrived character. It seems Palahniuk has utilized the voice of the disillusioned and angry male with most of his books dripping with testosterone and rage.

Maybe. But to that I say, “If it ain’t broke, don’t fix it.” In my opinion, his best books, were those with borderline unlikable and often unreliable male narrators, save for Diary which was absolutely brilliant and narrated by a middle-aged woman. This could be my own prejudice, but I find his recent releases narrated by a naïve Kansan girl with big city dreams or a 13-year-old rich girl a little hard to relate to. Be that as it may, the plot for Beautiful You is still equally complex and outlandish, with the dark little observations of human nature and society that we all came to expect from the author that brought us Fight Club.

Is this book my favorite? Not by a long shot. Is it horrid? No, not at all. Would I read it again? Maybe. But since every year I fiend for a new release from Chuck Palahniuk, this was, admittedly, kind of a letdown.

I still recommend you read it, especially if you loathed the onslaught of women reading 50 Shades of Grey on the train every day on your commute. It comes out next month, October 2014, via Doubleday.