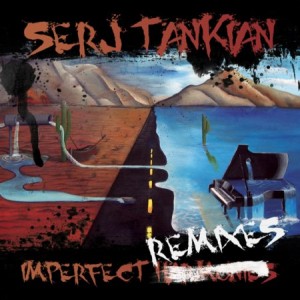 Singer, songwriter, multi-instrumentalist, political activist and System Of A Down frontman Serj Tankian is set to release the digital only Imperfect Remixes EP March 1st on Serjical Strike/Reprise Records.  The lead single, “Goodbye – Gate 21,” is a new remix and features Tom Morello (Rage Against The Machine, Audioslave) on guitar.  Look for an accompanying music video in the near future.  Additionally, the EP features remixes of tracks off his most recent solo release, Imperfect Harmonies.  Revolver gave Imperfect Harmonies four stars and raved that it “gets under your skin in ways Tankian’s music never did before.” It’s not the first time Morello & Serj have worked together; they co-founded the non-profit organization Axis Of Justice in 2002, which strives to bring together musicians, fans of music and grassroots political organizations to fight for social justice.