NVMP:  Even after a three decade long professional relationship, do you find it difficult working within the confines of a major label (even one such as Mute)?  What types of challenges has working along a major label presented?

Alan Wilder:  Mute are not really a major label.  Even since Mute has been owned by EMI, the mentality of the label has always been one of an independent.  In recent years, since the EMI take-over, the bureaucratic elements of dealing with Mute became more difficult (I’m referring to convoluted logistics in order to get simple things done).  The good news is that Mute have just announced a reversion back to being much more properly independent (not just in attitude).  EMI and Mute-boss Daniel Miller have reached an agreement that will allow Daniel to establish a second record label, and ensure the continuation of Mute as an independent record company.  The new label will operate under the trademark Mute (which it is licensing from EMI) and will tap into EMI’s units for sales, distribution, synch & licensing and merchandising.  Daniel will control the new label – with EMI taking a minority equity interest in the company.  I’m happy for Daniel and for Mute’s future – I feel this is an important move in the right direction. 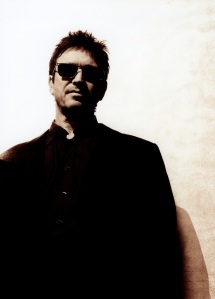