Earlier this year, the musical world received a surprising but welcome return to touring from former Depeche Mode member Alan Wilder, better known under his current moniker of Recoil, in support of his latest album release Selected.  Thanks to the success of the tour in early 2010, Recoil has fortunately decided to return to the road for a full-on fall tour, with assurances of a grander interactive experience in tow.  In the midst of tour preparations, Alan took the time to answer a few questions for NVMP’s Mark about his latest release and the updated tour. 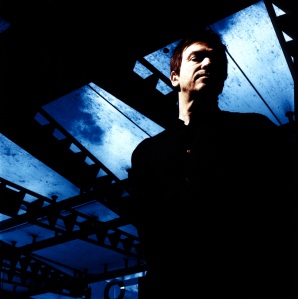 NVMP: In past interviews, you made it known that touring with Recoil was unlikely because of your disdain for touring coupled with your assertion that Recoil is essentially a studio project.  After 15 years of studio work, what inspired you to take Recoil on the road?

AW: There were a number of reasons – with all the new and old remixes at our disposal, the fact that it is 25 years since Recoil began, and also the fact that these days it is cost effective to use film.  For me, this was always a ‘must’ for any live performance of Recoil.  And with the advent of cheaper, portable HD cameras as well as affordable editing software, to make films has suddenly become viable.  I have been collaborating with four different directors for this project using a central server where we could all upload (and feedback on) our work-in-progress.  Without a band or vocalists, this provides the main visual focus.

NVMP: Your video updates have indicated that public reaction to your tour in Europe has been extremely well, with numerous sold-out shows.  How has the response been on the US leg of the tour?

AW: Just as good I’m pleased to say, although touring the US requires a lot more preparation, promotion and logistical work.  It is a very tough market generally due, it seems, to Ticketmaster surcharges putting people off buying.  Promoters are less willing to take risks as a result and it is not so usual to get hotel and travel costs covered either (as we might in Europe and South America).  It is also tougher for us having to procure expensive work visas (a nightmare to organize) and all the other extra costs of traveling in such a huge country.  Luckily, we seem to be doing ok and expect good turn outs everywhere but, despite that, we’ll probably actually lose money on this leg.

NVMP: With a multitude of opening acts and guest DJs, promoted after parties, (Conjure One, Sarah Blackwood from Client, Mute legends Daniel Miller and Gareth Jones, Martin Gore, a double bill with Gary Numan), how did the artist selection for the Selected events come about?

AW: It just evolves as ideas come to mind – sometimes people are suggested to me, or they might happen to be on the road themselves playing nearby (as with Gary Numan), or they might have an affiliation with a place or town (Dan & Gareth in Berlin for example), they might have had some connection to Recoil or DM in the past (Nitzer Ebb, Martin Gore), or they might be something I just happened to hear and enjoy (like Architect).  I definitely wanted each event to be unique in some way, which is why we have tried to set up after-show parties, situations where local artists can display their work (such as photographer Cosmin Bumbutz in Bucharest) or even perform after the show.

NVMP: Can you tell us a bit about your live equipment set up and its purpose over the course of your performance?

AW: Paul and I work closely together in the studio although we come from very different angles musically.  I turn to him for unusual effects and lateral thinking.  We have just extended what we do into the live setting.  Initially, we used ‘Ableton Live’, then imported our new work into Apple’s ‘Logic Pro’ to arrange further, and finally back into Ableton to run at the shows, along with live effects, launch pads to trigger them and some external filtering using modular synths.

NVMP: The visuals for your previous tour’s set featured surreal, often nightmarish mini-films, stills and animations.  How did you develop the concept for your sets and whom did you enlist to help bring your vision to life?  What kind of visuals can we expect to see on this the latest tour?

AW:  The way I work with most collaborators is to allow them a free reign.  I enlisted the different filmmakers – all loyal supporters who have also become friends – because I believe they are not only talented but always enthusiastic about the prospect of supplying visuals, using my music as inspiration.  The way we worked was that I would send them the music files and they would ‘respond’ back with the footage they had in mind to accompany it.  I would then offer my views – in the role of ‘executive director’ if you will – and by the end of the process, something usually got created that was powerful and flowed naturally with the music.  The filmmakers are Igor Dvorsky from Slovakia, Dmitry Semenov from Russia and Steve Fabian from Hungary.  I’ve also used some footage from a film by Argentinean director Marcelo Schwartz.  As for what you can expect on this upcoming tour, it’s not quite the same as on the last.  You’ll have to come along and find out…:-)

NVMP: With your live show featuring such a unique multimedia experience, are there any plans to do some sort of CD/DVD multi-media release of the tour?

AW: It’s already happened!  The special edition box set for ‘Selected’ contained an audio CD of the source music we present (excluding live fx) along with a DVD of the film elements.

NVMP: The album that the tour is promoting, Selected, is not merely a “Best Of“, but rather a handpicked audio experience that helps emphasize the eclectic musical styles of artists.  Why did you select these specific tracks to feature?  Why release the album in different versions?

AW: When I realised there weren’t any restrictions or stipulations with the content, the collection idea started to appeal and I kind of knew it would be possible to create an album with continuity, atmosphere and pacing.  And I obviously wanted to feature most of the vocalists who have been involved over the years.
Even though there were a few interesting discoveries (or re-discoveries) along the way, my inclination that it would mainly consist of material from the last three Recoil albums proved correct after I attempted to fit in older material, and noticed that there had been a significant sound change around the time of ‘Unsound Methods’.  I put this down to a couple of things: a) I had much more time to concentrate on the project after I left DM, and b) I had by then, under my belt, the experience of making ‘Songs of Faith & Devotion’ with Flood, where we had experimented much more deeply with looped performance.
The project evolved from what was initially a low budget, designed-for-retail ‘best of’ into something much more – a complete retrospective multi-format package with higher art values.  Over the time spent discussing the release, the climate was almost changing in front of our eyes and it became clear that making different formats available is not only desirable to both artist and consumer, it is also viable financially.  And then the idea of the tour capped everything off.

NVMP: As a sonic perfectionist, you are known for taking your time with albums and tweaking them until they achieve the highest sound quality possible.  How long did it take you to compile and mix Selected?  The audio aspects of the live show?

AW: It is true that I am a perfectionist.  I am never fully satisfied with anything – which is sometimes restricting in that everything takes forever to complete but ultimately, it is that which drives me to always try and improve and produce better music.  It took a long time to put the whole package together because of all the other elements that one has to consider these days surrounding any release.  Putting the music together for the live event took many weeks.  Again, due to film considerations, it became quite a complicated process, but also an exciting and enjoyable one.

NVMP: In news updates for your shows, you make it clear that you will be doing meet and greets at the shows.  Why?

AW: Why not?  I haven’t been out there since 1994 and I get a lot of requests from fans to sign their items and so on.  Plus I’ve always thought it’s important to communicate with the people who have supported me over the years and enabled me to live the life I have enjoyed.  Through this kind of communication, I have forged many friendships and collaborations (just take the four filmmakers as a great example of that.  Each has talent and each has come to me offering their services because they enjoy what I do.  That’s very flattering and also very helpful).  I like to give something back if I can.

AW:  I usually go for a couple of beers onstage, and some nice wine afterwards to relax a bit.  Then we see if the night develops…

NVMP: How important would you say ‘word of mouth’ has been in your career, especially recently?

AW: Word of mouth via social networking has been very important for the last 10-15 years I’d say.  It’s particularly useful for artists who don’t enjoy the luxury of major corporation backing, with large amounts of cash being poured into TV ads and so on.  I have cultivated a whole network of pro-active supporters who host unofficial websites, run Facebook pages, blogs, forums etc.

NVMP: What can your fans look forward to next from Recoil?

AW: I’m planning to get back into the studio next year if I can fix my very ill studio computer and get to writing some new Recoil music.  I may show up at one or two events next year but nothing is firmly planned yet.


NVMP: And finally, what is your definition of a “Poser”?

AW: One who is insecure and puts on an act to mask that insecurity.

3 Responses to “Recoil: A *Selected* Interview”