DJ/Remixer/Producer Stigz dropped his first single “Narcissism” via Area 51 Records Friday, August 6th 2010 wherever dance music is sold (Beatport, I-Tunes, Traxsource, DJdownload, etc.)  A deep, tech house groove with haunting vocals and concussion inducing percussion flow from the track, sure to bang out the deep, dark rooms and dancehalls worldwide.  It is the first of five original releases on Area 51, with “The Lowdown on Drugs” EP to follow, featuring four original tracks and two remixes by DJs/Producers John Hartston and Leon Blaq.

His bio according to The DJ List:
“Stigz has been spinning tracks for the last 8 years. Starting out with a love for trance, before his 18th birthday he was devoted to the equally hypnotic and pounding rhythm of deep house. In 2005, he took over CLUBSESSIONS on 89.5 FM WSOU on Sunday nights from 10p-12a. Since that time, his record collection and taste for all forms of Electronic Dance Music have grown. From throwback dance floor classics, to underground tribal tech that will blow out your eardrums (and subwoofers), all the way over to the most unique mash-ups around, Stigz laces it all into his repertoire without missing a beat. Specializing in deep house and tribal tech, he sometimes takes you on a genre bending foray into deep solid grooves and techy breaks. He has several tracks on a few labels, so keep your eyes peels and ears open. He also can check out his sets, for free, on I-tunes, where he records his underground sets and weekly radio show appearences.
He has appeared behind the decks at several famous and underground spots, including but not limited to famous NYC names like the legendary Webster Hall or underground downtown gem, Club Love.

He currently spins in the NYC metro area (or where ever the music takes him), and runs several radio shows: Clubsessions 89.5 FM WSOU Sundays 10p-12a EST in the NYC area- wsou.net global, wtnrradio.com Drumatik Sounds with DJ Stigz – Sundays 10a-2p Global, and Tuesdays 7p-9p on Global1fm.com. You can get in touch with him on facebook, at “Stigz” or “Clubsessions WSOU“, twitter.com/djstigz, or here on thedjlist.com.
Stigz – Narcissism out Friday 8-6-10 worldwide with “The Lowdown on Drugs” EP to follow later this month.

For all the New Yorkers: He will be spinning at Club Avion in Brooklyn on August 28th. Check him out for more info, releases, and where to see him live or hear him freaking your speakers. 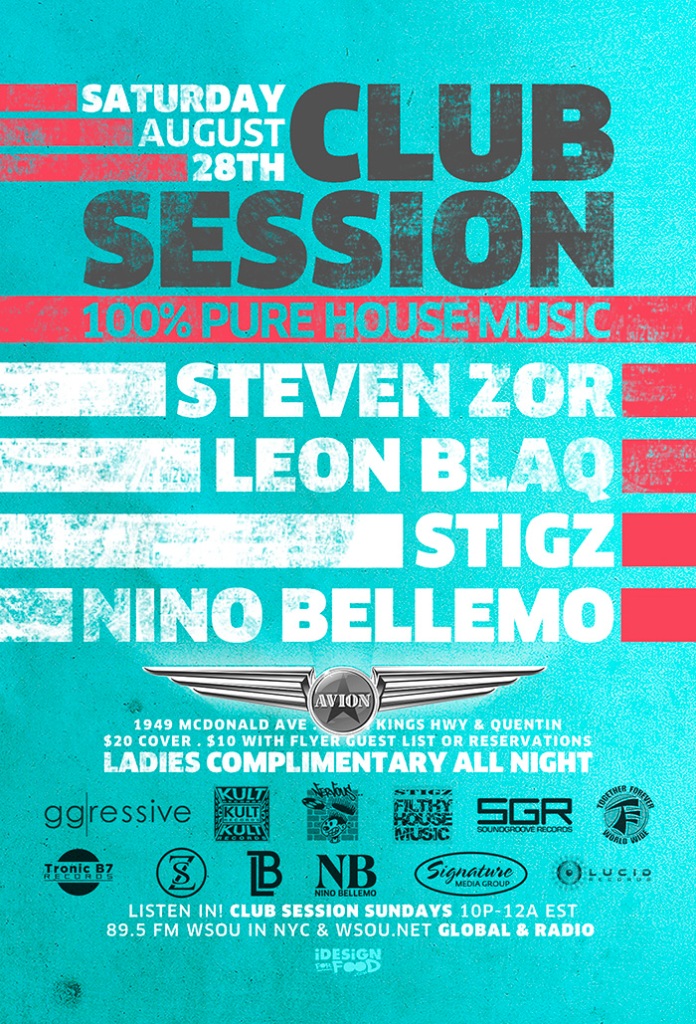