TNT’s #8
8. …And Out Come The Wolves by Rancid – Oh punk music, how you’ve shown me the way and paved my musical path.  This was the album that made me reach out and discover the world of punk.  And not just what was in the record stores, I’m talking underground and local acts.  The best way to listen to punk is live, hands down.  “Ruby Soho,” “Junkie Man,” and “Journey to the End of the East Bay” are songs that I can never seem to get enough of. 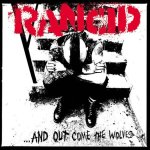 Mark’s #8
8. Stromata by Charlotte Martin – The numerous musical styles and influences of CharMar come together at long last for an album that is as beautiful and complex as it is fresh and unique.

Angela’s #8
8. Destruction by Definition by Suicide Machines – I know this album from front to back and had the privilege of seeing the band a few times in 2001 and 2002 before their ultimate end in 2006.  I’m sad they broke up, but this album never loses appeal for me.  I think it’s a fantastic piece of work through and through. 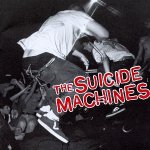 Stigz’s #8
8. Pretty Hate Machine by Nine Inch Nails – A grimy and grinding album from start to finish, it has elements incorporated from classic metal, to indie, to even dance music.  A motley blend of things I enjoy. 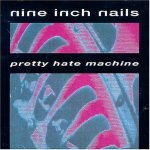 Klone’s #8
8. (TIE) Permanent Vacation (1987) / Pump (1989) by Aerosmith – I’m a rock guy, and in my mind no matter how heavy your tastes get, you can’t even tread into the world of rock without running headlong into Aerosmith.  When you think about it, these guys have been rocking since the early 70s, they’ve survived addictions to several of the more addictive substances that are notorious for robbing the music world of great talents, and have successfully incorporated so many genres of music into their sound, it’s no wonder “The Bad Boys from Boston” have also been dubbed “America’s Greatest Rock Band”.  Permanent Vacation followed two years later by Pump marked the band’s moment of clarity, where they were clean and sober, ready to leave all turmoil behind and ready to continue dominating the rock world into the new millennium, successfully finding an audience among the generation that longed to leave the then-so-called “classic” rock of the 70s behind.  Songs like “Dude (Looks Like A Lady)” and the power ballad “Angel” (Permanent Vacation) as well as “Love In An Elevator”, “The Other Side”, and the uber-hit “Janie’s Got A Gun” (Pump) were milestones in the changing sound of rock.  An interesting personal note, I hold Aerosmith to be the band that single-handedly taught me about the never-ending pursuit of women, as I became a fan of theirs during my formative years, and in my mind, took all of their songs to be about fucking.  I’d say Steven Tyler and Gene Simmons should be every heterosexual male’s role models.
http://en.wikipedia.org/wiki/Aerosmith