Filed under: Manic Monday Top 5 — NVMP @ 2:18 PM
Tags: Boston, Greatest Hits: The Platinum Collection, Men Women & Children, The Very Best Of Skeletons From The Closet, They Should Make Beer Commercials Like This, Use Your Illusion II

TNT’s #3
3. The Very Best Of Skeletons From The Closet by The Grateful Dead – Oh the classics.  I grew up listening to The Grateful Dead, but I remember the day I went out and bought this album.  I walked into Music Merchant, a record shop in town (back when those still existed), took it home and fell in love.  Buying and listening to it on my own made me feel like a new woman, finally understanding what the big deal was/is about The GD.  Their music moves you many ways.  While repeating this album over and over, I discovered it works in a vast number of ways- zoning out, spacey dancing, cleaning the house, falling asleep- the possibilities are endless. 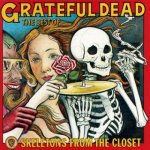 Angela’s #3
3. Greatest Hits: The Platinum Collection by Queen – Listen, I can’t narrow down just one queen album because so many contain songs that are just brilliant.  I’m absolutely in love with queen to this day.  I feel as though they are a band that transcends categorization.  They aren’t “classic rock” to me.  Personally, I can’t stand classic rock…but Queen and the genius that is Freddie Mercury stand out.  No matter how old you are, you know a Queen song.  So their music, especially their mega hits, deserve to be an all time album.

Klone’s #3
3. Use Your Illusion II by Guns N’ Roses (1991) – Just as Seattle was emerging as the new mecca of musical movements, Guns N’ Roses was dominating the world of hard rock, balancing out against contemporary heavy metal monsters Metallica as the more blues, traditional rock side of pop music.  Use Your Illusion II, technically the groups fourth album, was released simultaneously with Use Your Illusion I, prompting many fans and the music world at large to see the two separate offerings as a double-album.  Personally, I believe you should own both if you own one or the other, but I’ve always felt more of a kinship with Use Your Illusion II.  Both volumes had gems of their own, but II always seemed to have more of an epic, dramatic sentiment about it.  Long-form songs like “Estranged”, “Locomotive”, and “Breakdown” have an almost cinematic quality to the use of metaphor throughout the lyrics, while the uber-popular single “You Could Be Mine” rode the wave of fame that came from being included on the soundtrack for the massive 1991 summer blockbuster “Terminator 2: Judgment Day” and featured an appearance by Arnold Schwarzenegger reprising his role as the T-100 in the music video.  Guns N’ Roses are another of the “foundations of modern rock” bands that had long ago gone the way of the dinosaur, and though their entire library should be celebrated as such (with the exception of Chinese Democracy (2008)), for me Use Your Illusion II is the culmination of discography, the height of their career.
http://en.wikipedia.org/wiki/Use_Your_Illusion_II

Mark’s #3
3. Boston by Boston– This album, to me, is the epitome of pure 70s rock and roll and the very first rock album that I can recall hearing.  It was my introduction in to the world of not just music, but audio and the total ‘Do-It-Yourself’ attitude that makes music such a noble pursuit, courtesy of Boston’s resident ‘Mr. DIY’, founder Tom Scholz. 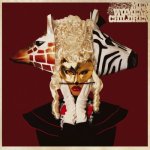 Stigz’s #3
3. They Make Beer Commercial Like This by Minus the Bear – Probably the funkiest album you will ever hear, with some kick ass breakdowns and awesome lyrics.  Their debut album, I’ll still argue it had the most funk out of everything.