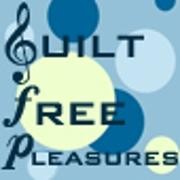 TNT’s Top 5
5. “Soul Sister” by Train – This song was released some time in August 2009 and I still can’t get enough of it.  I love how I can surf through the radio and find it playing somewhere.
4. “Apeman” by The Kinks – Guilty pleasure all the way!  The lyrics are great!   “But with the over-population and inflation and starvation and the crazy politicians/I don’t feel safe in this world no more/I don’t want to die in a nuclear war/I want to sail away to a distant shore/and make like an ape man/ Oh, I’m an ape man, I’m an ape ape man….”  If you haven’t heard it, you need to check it out here.
3. “It’s Not Unusual” by Tom Jones – Secretly, you know this song made your list too.
2. “Crash and Burn” by Savage Garden – Oh yeah, Savage Garden.  I was a huge fan of them; such a shame that they only had two albums.  KimKimma made/makes fun of my all the time for this one.
1. “Come On Eileen” by Dexy’s Midnight Runners – I can never get enough of this song!  While listening, this song should be repeated at least three times, minimum.  I recommend it on road-trips and while drinking…not together of course.  Gotta love one hit wonders.

Angela’s Top 5
Oh Top 5 guilty pleasures…fml for having to admit this…
5. “Since You’ve Been Gone” by Kelly Clarkson
4. “Imma Be” by Black Eyed Peas
3. “Need You Now” by Lady Antebellum
2. “You Belong With Me” by Taylor Swift
1. “Your Love is My Drug” by Ke$ha – That one hurt a little.

Stigz’s Top 5
5. Cheesy Sci Fi Movies – Yes yes yes.  I am guilty of watching those cheesy, class B, sci-fi movies which are based on giant animals (whatever they may be) attacking…its funny, and always on at 3AM when you still have a buzz going.
4. The Occasional Romantic-Comedy – Again, I’ll put my man card down and admit that I indulge in a rom-com from time to time.
IE: The Ugly Truth or He’s Just Not That Into You
3. That 70’s Show – Despite it being on Teen Nick constantly, I can’t get enough.
2. Chai Lattes – At the cost of ridicule, I LOVE chai lattes.  And yes, this is coming from a guy that drinks four-shot espresso’s like water.
1. Cheesy Action Movies – Van Damme or Seagal – nothing makes me happier than a retarded action movie by one of these two.  No originality and a plot that always involves gratuitous sex and/or blatant violence.  Satisfaction on every level of testosterone.

Klone’s Top 5
I think that the category “Guilty Pleasures” says enough without having to explain why we like each track.  They are songs we enjoy and feel guilty about it because, according to the rest of our rather cultured musical tastes, these are tracks we should ultimately not like.
5. “Take Me Home Tonight” by Eddie Money
4. “Crocodile Rock” by Elton John
3. “Make Your Own Kind of Music” by Mama Cass Elliot (Yeah, LOSTIES!!)
2. “Africa” by Toto
1. “I Want You” by Savage Garden

Mark’s Top 5
5. “Scooby Snacks” by Fun Lovin’ Criminals – One of the ultimate stoner songs, and what’s not to like?  It has a low-key delivered flow, laid over a solid live hip-hop groove and lyrics that feature the song’s subjects robbing banks and getting high (check it out here).  What makes this such a guilty pleasure for me is the fact that I know nothing else by them, and have never had the urge to seek out any other tracks.  Oh well.
4. “Eyes Without A Face” by Billy Idol – Billy Idol kicks ass.  So much so, that even when he goes from “rock screams” to “Dean Martin crooning” (by way of 80’s and New Wave), the result is still oddly likable and quite danceable.
3. “Too Shy” by Kajagoogoo –  I know this song makes a lot of people’s “guilty pleasures” list and it’s easy to understand why.  It is annoyingly catchy with its popping bass-lines accenting the synth harpsichord choruses, which are latched on to and trampled by cheesy synth drums (which were probably borrowed from Duran Duran).
2. “C’mon N’ Ride It (The Train)” by Quad City DJ’s –  I mentioned this psychotically danceable tune in my last Top 5, and I give it a well deserved encore in this weeks listings for one blistering reason: for some reason, when I hear “Woo Woo” and “Choo Choo” I always make the whistle pulling motion.  That’s right folks, I am a pure, unadulterated ass.
1. “The Sweetest Thing” by U2 – I am not much of a U2 fan, both musically and personally.  However, I have to give it to Bono and Co. for coming up with one of the most sugary, sappy, and downright instant lovable pop tune that they have ever laid to track.  And to think, it started life as a throw away B-side on their single for “Where the Streets Have No Name” and became a hit by way of re-release on their Best Of 1980-1990 compilation.  I guess pure sugar really has no expiration.