TNT’s #2 Musician of All Time
2. Joan Jett – Jett made it possible for women to rock, without her, we’d be generations behind.  The face of women in rock music,  she is an authentic rock icon.  She always knew what she wanted and she stopped at nothing to get it.  Still touring with The Blackhearts, she also has her own label- Blackheart Records.  Joan Jett is woman, hear her rock!  Bottom line- Jett kicks ass!

Alex’s #2 Musician of All Time
2. A) Prince – Androgyny may not be all it’s cracked up to be, but this dude has put out dozens of albums where he wrote, composed, and played every instrument.  If that’s not musicianship I don’t know what is.

2. B) Smokey Robinson – After seeing this guy live, who is pushing his 70’s, and hitting up a seminar at SxSW where he was a keynote speaker, this dude has done it all.  He basically made the MoTown genre what it is today, and worked with almost every act ever to come out of the Motor City.  Besides writing lyrics and singing, he produces and owns a label.  In short, he has pulsed through the veins of the music industry for 50 years, never missing a beat. 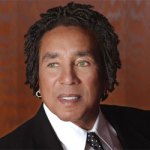 Mark’s #2 Musician of All Time
2. Andy Summers – Although I am not an accomplished guitar player myself, I count The Police’s Andy Summers as a personal guitar hero of my own (his classically trained background only).  Interesting enough, if you listen to all the Police records, you will notice one big detail, he never used straight distortion.  Instead, he used his own distinctive palette, which featured a barrage of effects pedals, which he used to create the sonic soundscapes contained within each police song.  To see what I mean, check this site out for a gander at his artillery: http://web.tiscalinet.it/andatta/effectspage.htm
RECOMMENDED: Zenyatta Mondatta (“Don’t Stand So Close to Me”, “When the World is Running Down”, “Driven to Tears”), Ghost in the Machine (“Secret Journey”, “Invisible Sun”, “Omegaman”), Synchronicity (“Synchronicity II”)

Angela’s #2 Musician of All Time
2. Green Day – Not only is Green Day one of my favorite bands since childhood, but I also rank them as a top artist (collectively) because of their consistency with delivering phenomenal live shows as well as their continuing growth musically.  Lots of bands from the 90’s never made it out of that decade. . . but Green Day did something not many bands can do to maintain longevity Evolve.  No, they don’t sound 100% like they did on Dookie, but why would I want them to?  I’ve grown up since then, and I’m glad they have been able to grow with me.  In their maturity, they haven’t been afraid to take risks and follow their music wherever it may take them. . and for that, I admire and respect their work beyond a regular fan.

Klone’s #2 Musician of All Time
2. Maynard James Keenan (1964 – ) – Born James Herbert Keenan, Maynard = Tool.  Tool = one of the most visionary rock bands of recent decades.  One could argue that Keenan is one of the many artists whose multifaceted talents place them in the same arena as icons like David Bowie and Frank Zappa, artists who clash with the mainstream by creating their own genre with the music they write, performances they conceive, and constantly reinvent themselves as an extension of their art.  Maynard is notably reclusive, making few public appearances other than at charity events, but his on-stage presence is one of confidence and experimentation.  This blatant lack of spotlight antics makes me feel like Keenan is even more of a true artist, concerned with creation first, and cash second.
http://en.wikipedia.org/wiki/Maynard_James_Keenan