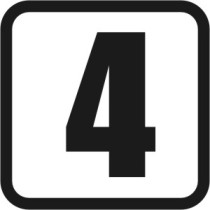 Klone’s #4 Song of All Time
4. “Wanted Dead Or Alive” by Bon Jovi (1986) – The loner anthem that has never stopped being relevant.  Since its release in the late 1980s, this song has been a cultural icon for all things bad ass.  This third single off of Bon Jovi’s Slippery When Wet (1986) reached #7 on the Billboard Hot 100 chart in 1987, making Slippery When Wet the first hard rock album to have 3 top 10 hits on the list. The song also inspired the short-lived MTV show “Unplugged” after Jon Bon Jovi and lead guitarist Richie Sambora performed it acoustically at the 1989 MTV Video Music Awards, giving the music loving public a taste for acoustic renditions of hard rock powerhouses.
http://en.wikipedia.org/wiki/Wanted_Dead_or_Alive_(Bon_Jovi_song)
http://www.songfacts.com/detail.php?id=1145

Tina’s #4 Song of All Time
4. “Comfortably Numb” by Pink Floyd – Every time I hear this song, I feel relaxed and calm, as if I was having an out-of-body experience.  I’m pretty sure Rodger Waters was not talking about drugs or sex when he wrote this song, but more of being in another state of mind, thinking in ways you’ve never imagined.  The line “Your lips move but I can’t hear what you’re saying” reminds me to slow down in life.

Dan’s #4 Song of All Time
4. “We’re Not Having Any Fun” by Lola Ray – I’ve listed this song on other Top 5 lists, but that’s because it’s one of my absolute favorites.  It really just needs to be heard, especially since Lola Ray is a relatively unknown band and hasn’t had any huge radio hits.

Mark’s #4 Song of All Time
4. “Photographic” (Some Bizarre Version) by Depeche Mode – This is a far superior promo single version of the song that would eventually be slowed down and sugared up for their 1981 debut album.  For me, it is a better early representaion of the darkwave synth-pop sound that DM would eventually return to and perfect with Violator in 1990.  This song makes me excited to listen to Depeche Mode.

Greg’s #4 Song of All Time
4. “Good Vibrations” by The Beach Boys – The Beach Boys were the first band that I loved.  I was in the 2nd grade and had to listen to them everyday.  Their simple innocence and sweet melodies, to me, personify childhood.  What better song then “Good Vibrations” to truly explore this theme – a song about feeling good.  It’s about a girl but the feeling behind it could be used for any childhood moment – good vibrations about a new toy, a new friend, or a new fort.  It’s fun-loving for the love of fun.